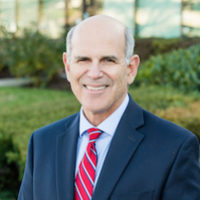 “Our vision is to provide comprehensive healthcare to our patients in an environment that seeks to support the innate beauty, spirituality and healing ability within all of us. Our commitment to our patients is:

We are committed to providing the best care possible to our patients. We view each patient as part of our extended family. We always have someone answering the phone and no matter how busy we are, you will find a caring voice concerned about your healthcare issues. We view healthcare as a partnership with our patients. We work with our patients to educate them on their healthcare conditions, mitigating factors and solutions. In addition to treating disease, we are committed to providing our patients with lifestyle strategies that have been documented to improve health and prevent disease.”

Dr. Bernstein enjoys almost all outdoor activities including hiking, biking, and golf. He enjoys spending time with his family, and professional and college sports, as well as the arts. “Every day is a blessing” and having a sense of humor is a must in today’s complex world.

Dr. Bernstein is board certified in Internal Medicine and Pulmonary Diseases and practiced pulmonary and critical care medicine for ten years before transitioning his practice to Internal Medicine, Asthma, and Allergies in 1998. Dr. Bernstein likes to focus on preventive medicine, nutrition and the influence our lifestyles have on our health. From a pulmonary perspective, Dr. Bernstein is particularly interested in the management of asthma, allergies, and chronic cough.

Dr. Bernstein received his undergraduate degree from the University of Michigan with high distinction and graduated Phi Beta Kappa. Next, he went on to attend Vanderbilt University Medical School in Nashville, Tennessee. He completed his internship and residency at the Washington Hospital Center in Washington, D.C. Prior to entering private practice in 1988, he completed his fellowship in Pulmonary Diseases and Critical Care Medicine at The George Washington University Medical Center.

Dr. Bernstein was recognized by the national publication, U.S. News, and World Report, as one of the nation’s Top Physicians for 2012, 2013, 2014, and 2015. Dr. Bernstein has also been recognized by the Capital Gazette’s annual readers choice award as a finalist for Best Allergist (2013, 2014, and 2015). In 2010, Dr. Bernstein received a resolution from the Maryland House of Delegates, recognizing him as a co-founder of the Anne Arundel Medical Center Free Outreach Clinic and its first Medical Director. In 2016, Dr. Bernstein was awarded the Maryland Gazette Readers Choice Best Allergist.

Other providers at Richard Bernstein, MD 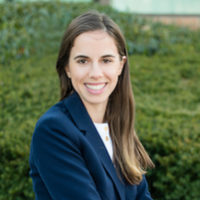